When human labor force is obsolete 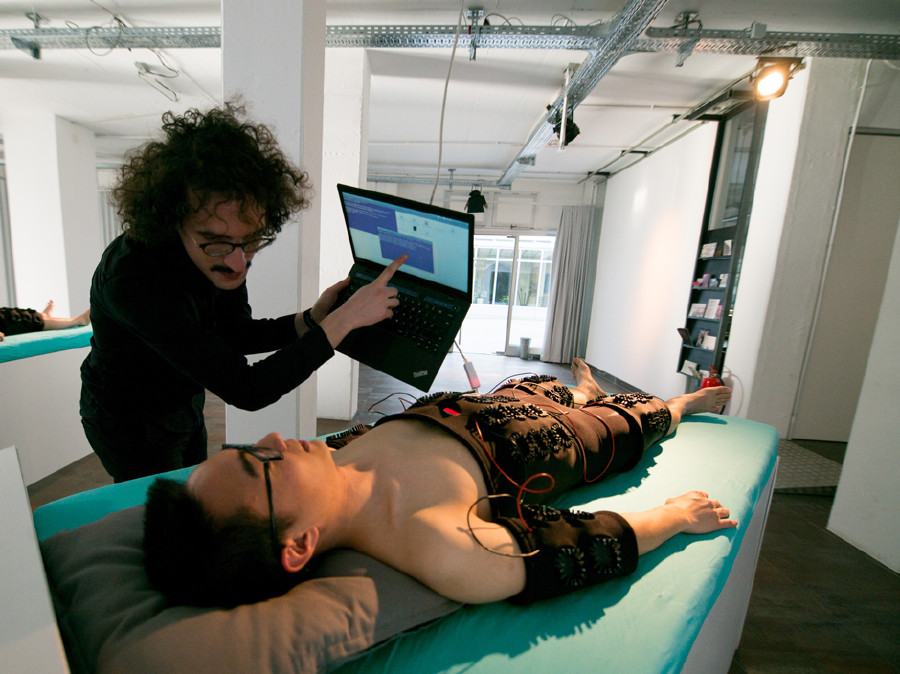 Sell your body heat as a job. That is the concept of the art installation of the Spanish Manuel Bertán, which was shown in the context of the annual elevate festival in the ESC lab in Graz. Editor Barbara Buchsteiner worked one hour for him as part as an self-experiment:
I had to sign a contract before my whole body was wrapped into a suit that collected and sold my body heat. Not for Euro, but for various crypto currencies. The actual work was done while I was lying. It felt more like doing nothing, actually I was put into doing nothing. After this unusual experience I talked to Beltrán, how he got the idea for this project and how he sees the future working environment when machines are working and humans are degraded to sell what they produce themselves biologically. In this case body heat. Read the article in German.

How did this idea arise?

Manuel Beltrán: I was part of protest movements against the crumbling system in Spain. Back then we were surprised how many people were with us. At the same time I saw the limits of these protests and how abstract they are. I think art is able to explain abstract things and through art you are also able to trigger something. With this project I want to generate questions or sparks.

What is the project about? 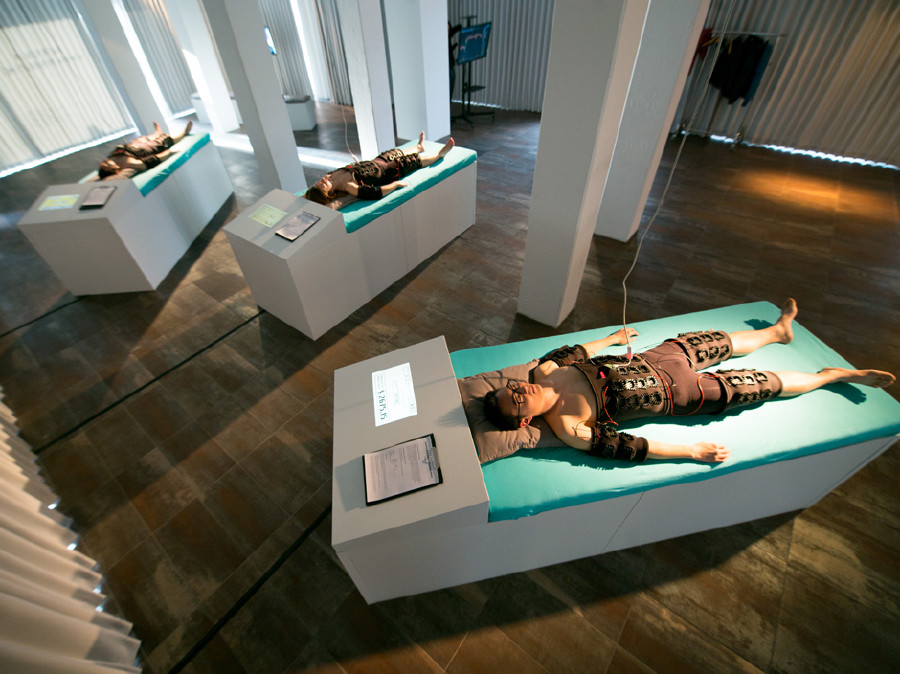 My theory is the absence of activity in future working environments. Machines, robots or algorithms replace human labor force. That’s why I founded the "institute of human obsolescence", to research on biological work. In this art project we sell body heat.

For three years Beltrán did some research, how he could generate energy out of movement, to sell it. At some point he got the idea of selling body heat. He invented and built the prototype of a suit which he finished by 2016. With this suit he did his first exhibitions in Holland, where he lives, where people could "work" for him. To put everything in the right context, a contract is signed before the suit is put on. 80 percent of the earnings are for the worker, 20 percent for his institute. Beltrán’s aim were three suits. For his exhibition in Graz he could finish three suits.

Beltrán: It is interesting, because the number three has a certain social meaning. One suite is a prototype, with two suits you compare, but starting with three suits, you get an idea of how it could be to earn your money like this. And people act differently while working. Some talk, some just lie there. Also for the audience it is a different experience, like in a production hall: The workers are also physically plugged in, with a cable transporting the information.

How do you see the future working environment?

I see big risks, but also possibilities. Blind believe in innovation is a problem. Steve Jobs presented the new iPad as a necessity, but it is more a "nice to have". We forget to think about the consequences. Technology is not good or bad. It is, what we make out of it.

Do you see a grey area of labor force?

We face the problem, that huge companies are legally treated like an individual person. There are new dynamics, which we don’t understand. We don’t know who is hiring whom. We accept complex terms and conditions we don’t understand. They are long and in a cryptic language, so we don’t care to read them. How much effort do we put in understanding a contract when we buy a house in real life? And how fast do we accept terms and conditions online? But in reality both actions have the same consequences.

What are your ideas for the future working environment?

During this project and at the elevate festival I met a lot of people who have pessimistic feelings about the future. Politics are out of control and we have no saying. We are ruled by algorithms which we even don’t understand. We don’t know whom to fight and how, we feel unconscious. Maybe art can help us to imagine and to start the fight.

Video: This is how the suits looks